A couple of days ago, I noticed my Instagram feed was showing people saying they signed up on a new social media networked called Vero. Naturally for me, my curiosity was peaked.

After checking out Vero’s official website, I headed on over to Google Play, installed it on my phone, and signed up. Luckily for me, it happened to be 2am (couldn’t sleep) and there wasn’t a heavy load on the servers at that time. More on that later. 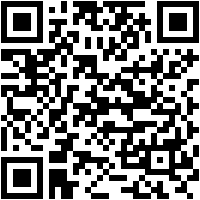 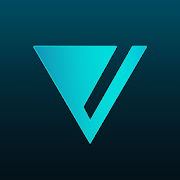 Vero is promising two major aspects about their social media app that differ them from everyone else.

So if Vero has no ads, how will it make money? Well, the first 1 million people who subscribe will have a free account for life. After that point, Vero will introduce a subscription fee. What that fee will be is uncertain. Although it’s been said it should be only a few US dollars per year.

My thoughts? Well, the pro of this route is you get no ads (duh) and it should also deter bots and spammers. The con will be trying to get friends and family to bother with it when Facebook, Twitter, Instagram, etc. are all free.

I miss the days where things were posted in reverse-chronological order. I miss seeing content posted by ALL the users I follow on that network. Vero is promising to bring those days back, and I welcome that with open arms!

My first impressions when I installed and setup Vero were, “Oh, nicely designed”, “nice UI”, and “I like how different this feels from the competition”.

The app really puts how you share things in the foreground. Each time you post, you are presented with a slider, easy to use, to select between Close Friends, Friends, Acquaintances, and Followers. You control who sees what from your feeds with full control. I know Facebook does this too, but Vero’s method is far easier to use and more up front.

Along with this, you can have three profile pics too, each tied to Close Friends, Friends, etc.

I want to be fair and share critiques about the app. However, the app is still marked as Beta, and at this time, Vero has been slammed with a spike in popularity and flocks of users signing up. The servers are overloaded, so the app really isn’t performing well at all. The Vero team has tweeted that they are working on it.

We apologize for the late update.
We are scaling our servers to meet the increasing demand.
We appreciate your continued patience while we work to restore service.

One thing I am not a fan of, is there is no desktop support. This makes Vero like Instagram from days long ago, even before Facebook bought them. However, also via Twitter, the Vero team has stated they’re working on the website.

Hi all. We’re hard at work on a web version and many more exciting features!

Now let me remind you, the following is my opinion. Unfiltered.

Throughout social media networks other than Vero, people have been freaking out over various aspects they’ve discovered about Vero including its past, owners, and the terms of service. Nearly everything I have seen makes me shake my head.

All you guys praising Vero may wanna take a timeout.. here’s a great thread with some background. I’m also trying to delete my account but I don’t know if you can…. ??https://t.co/VhQF5trUcU

The developer team of around 20 people, is all men. So now feminists (who apparently know all women in the current developers area are equally available and qualified? ) are freaking out.

Also somewhere prior to Vero’s history, Vero is connected to a construction company that didn’t pay Filipinos?

Oh, and their TOS is COMPLETELY the same as other social media platforms…

Vero is under fire right now. They suddenly went viral after being around for two years. Their servers can’t handle the load, so the app just isn’t working well, or even at all. Users can’t always sign up. And now people are spreading rumours/truths/twisted stories about the company, causing even more load on the servers as users are cancelling their accounts.

I believe once the developers catch up with things on their end, it can go back to business as usual. People who want to use the app will use the app. Everyone else can continue on with their messed up feeds, flooded with ads and spammers.