Netflix’s smash hit series, Stranger Things, is all the rage these days. Everywhere you look, you see mention of the show, even at the big Google Pixel 2 unveil on October 4th. And with Season 2 about two weeks out, we’ve got some news that should help you pass the time until then. The official Stranger Things: The Game, from Netflix and BonusXP, is out now on Google Play. It’s completely free to play, no ads or in-app purchases in tow.

Stranger Things are afoot again in Hawkins, Indiana. Join Hopper and the kids on a new, action-packed adventure!

Stranger Things: The Game has already racked up over 500k downloads in just under 10 days time since it launched. It also holds a strong 4.8-star rating, and the initial feedback looks promising.

Ch-check it out using the Play Store widget below, then stop back and let us know what you think of the game. Seems like a perfect start to the weekend to me! 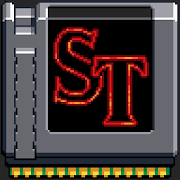