The customization train rolls on once again here at the Android Unfiltered HQ! Today, we’re featuring an icon pack from a relatively new designer in the game, who goes by Adamant Pixel. Don’t let his tenure in the community fool you, however, folks; his icons are legit. And that’s why we’re showing some love to RUSH here on the site.

RUSH is a perfect blend of simple designs and pastel colors. The pack features over 1,200 hand-crafted, flat icons at 192×192 resolution, and it continues to expand with each frequent update.

RUSH comes packaged in an intuitive, easy-to-use, and beautifully-designed app. It includes 10 sweet custom wallpapers, made by Adamant Pixel. It also features a Smart Icon Request Tool for requesting icons for apps you use that don’t already have RUSH-style icons.

ICYMI: Here are our top 5 most recommended Icon Packs that we’ve featured here on the site!

In terms of integration, RUSH works with a slew of the most popular launcher apps. Any time we talk about such apps, I’ve gotta give a nod to my personal favorite, Nova Launcher, but it works with a bunch of others, as well. There’s also compatibility with Muzei Live Wallpaper, for those who fancy such things.

How much does it cost?

If you’d like to give this icon pack a try – and I highly recommend you do – you can grab it using the Play Store widget below. You can also check out Adamant Pixel’s other icon pack, BOLT, to see more of his work. He’s on Google+, too, if you’d like to follow there.

RUSH runs $1.29 – less than a freakin’ soda these days – so show some support and go grab this one. And as a reminder, you can get Google Play Store cash for free. So, why not do yourself and your homescreen a favor?

Go check out RUSH. You won’t be disappointed! 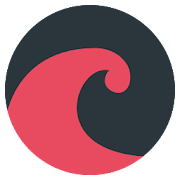