Music is one of the most important things in my life. I listen to it day and night, and even in the shower. I’ve never been much into music creation, however, aside from a short stint as a self-taught teenage guitarist. And even then, I never made any music. I was all about playing covers of my favorite songs.

Those who are into music creation will appreciate our next featured app, which is called NOISE. And even if you doubt your ability to create music, you should still give this one a look.

NOISE is an interesting app that lets you use your phone to both record and produce music created by interacting with your device. It’s designed to be easy to use by both professionals and beginners, so you don’t need any musical experience. In fact, there’s even a learning mode to help you get a grasp on things, which explains how you trace illuminated light trails to learn how to shape beats and melodies.

You have an arsenal of custom-made sounds at your disposal that ranges from bongo drums to string sections to zithers. You can use that massive range of sounds to create beats and melodies and record them as loops, then mix and match your loops to build amazingly multi-layered songs.

Additionally, you can shell out a few bones to pick up a ROLI Blocks Modular Music Studio, which looks like something straight out of a sci-fi flick and connects to the NOISE app. It’s pretty awesome. Check it out.

NOISE is listed on Google Play as an unreleased app, but you can still download it and dive right into making songs. You’ll need a newer Android device, however, and there’s always the chance you’ll run into bugs. The app is still in development, after all.

Considering the S6 and S7 are listed and not the S8, there are likely other devices NOISE will work on, but you’ll have to give that a try for yourself to find out. You can do so using the link in the Google Play Store widget below. 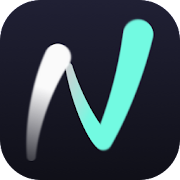 I’m gonna reach out to the folks at ROLI. After a couple hours of playing around with NOISE, I’d really like to get my hands on a BLOCKS setup to review on the site. We’ll keep you posted on our success or lack thereof in that aspect.