For all of you that love to customize your asses off when it comes to your devices, I’m starting something new today with this icon pack post and I’m going to appropriately call it CYA… Customize Your Android. This icon pack has just been released within the last few hours so it’s hot off the presses. It’s called Moda and it’s by our good friend David John who also did the Hydrox Icon Pack that I wrote about a couple of weeks ago.

I’ve always been one that likes my icons to look different and this is something that David John really accomplishes when it comes to Moda. While they are “squircle” shaped icons which are often pretty regular to see, it’s the curved, faded gradient that really sets Moda apart from other icon packs. It’s just not something you see much of in today’s icon packs so it’s a very welcoming change.

As you can see by the screenshots above, the vibrant colors are found on majority of the icons and that makes them stand out among the crowd of other icons. The way Moda is designed is that it kind of gives you a split icon feel which again is something you don’t see a lot of and something that really draws attention to the entire icon.

As I mentioned early on, Moda is hot off the presses as David just released this icon pack a few hours ago and you can grab it now for just $0.99 USD. That’s one heck of a cheap price for all the stuff it includes plus the fact that David says all of his icon packs will and do get updated on a very regular basis.

One thing we always ask here at Android Unfiltered is that you support the developer of any app that you use. These folks are busting their asses trying to make a living and they do so by making our devices look as kick ass as possible and they put a lot of blood, sweat and tears into things like Moda, so there’s no doubt they deserve the love, support and appreciation of you, the AU audience. 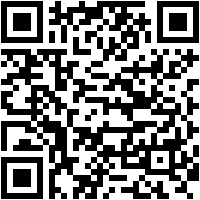 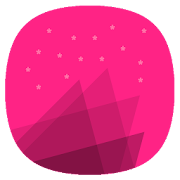