We just got our notification and installed. The game is out now on Google Play!

Any RPG players in the house? I already know the answer to that question is yes – we polled you guys and gals on Google+ and one of the most-played genres among our friends and family are role-playing games. If you’re in that bunch, you may want to head over to the Play Store and pre-register for Middle-earth Shadow of War Mobile.

We just got our first look at the game via a 1-minute announcement trailer, which you can check out below.

Shadow of War looks pretty slick, at first glance. I never got into the series on console, but I’ll more than likely give this one a look after viewing the trailer. It seems slightly less time-consuming than most RPGs, which I gave up to boost productivity years ago. My hardcore gaming sessions are few and far between these days, at least until Destiny 2 drops on PlayStation 4 next month.

If you want to sign up for a notification when Middle-earth Shadow of War launches, you can do so using the Play Store widget below. There’s no word on an exact date for its arrival, but I already registered and will be sure to stop back and update this post when that time comes. 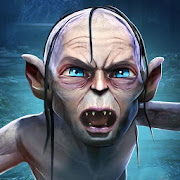