You can file this in the “Nerdiest thing we’ll post all week” drawer if you want, but I’m excited! Google is finally launching ARCore Stickers for Pixel devices, and I’ve already got them on my Pixel 2.

As you can see in the featured video above, Google is emphasizing the Star Wars pack, but there are a few others to toy around with, also. Fans of Netflix’s Stranger Things will be happy to see their favorite characters in AR form now. And, there are also some fun little food and party items, as well as the ability to add AR text to your photos and videos.

Let’s take a closer look at each of the 5 ARCore Sticker Packs, and then I’ll show you how to get them on your Pixel device.

This pack is one that’s sure to please the likes of nerds from any living generation. And as much as I know this next comment is sure to piss somebody off, I have a confession: I’ve never seen a single Star Wars movie. I’m familiar with the characters, but as for the flicks?

Meh. Not my style. That doesn’t mean this pack isn’t awesome, however.

Next up, we’ve got a round of food-related stickers. There’s a hamburger (Patty), donut (Sprinkles), a cup of coffee (Java), a piece of pizza (Slice), beer (Suds), broccoli (Sprout), sushi (Maki), ice cream cone (Scoops), lemon (Tart), and pepper (Spice).

There are four different styles of text for these ARCore Stickers. They’re all pretty similar, so I only used one sample image here. Get the picture? Good. I knew you would.

This pack is filled with objects created with Blocks – Google says to “light up the celebration with these flashy and energetic characters. We’ve got Bobby Boombox, Skates, Cash, Champagne, Cake, Gift, and Heart in this bunch.

You know it, you love it – it’s everyone’s favorite Netflix show: Stranger Things – in AR form! This pack features the Demogorgon, Eleven, Dustin, Lucas, Will, Mike, and the Stranger Things logo.

You saw the professional-grade feature video above, but here is some real-life footage, just to show you how the ARCore Stickers interact with the environment surrounding them and with each other.

How to get ARCore Stickers

You’ll need a Pixel phone on Android 8.1 to use ARCore stickers. You’ll also need to install the two following apps. (If they aren’t already installed, that is. They were already installed on my Pixel 2 – they just weren’t visible until today.)

Obviously, my photos and video here were thrown together quickly to get this article out, but you can get creative with ARCore Stickers, and we’d love to see some Mobile Photography Mondays submissions using them! 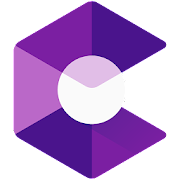 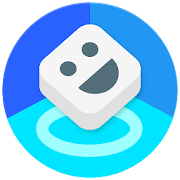 Poll: Will you buy yourself a new smartphone in 2018?