Clash Royale is one of the few Android games I play on a regular basis. Its been around for quite some time now, and it keeps getting better – except when Abhishek beats me. Yesterday’s update brought a new arena – Electro Valley – and a few other things worth mentioning, like new cards and chests.

Electro Valley is now available at  3400 trophies, and the Legendary Arena has been pushed back to Arena 12. All Legendary Arena rewards (chests, victory gold, etc.) increased accordingly, as a result.

This update also brings two new cards along with it – Zappies and the Hunter. Zappies spawn a pack of miniature Zap machines, while the Hunter is a close-range attacker that deals mass amounts of damage. He also has impressively bushy eyebrows, apparently.

You can also obtain three new types of chests via quests and the in-game shop:

Supercell has also balanced several cards – you can find out what’s changing here.

Clash Royale v2.1.5 is out now on the Play Store, but it looks like Supercell also just released a bug-fixer, v2.1.7, while I was typing up this post. You can grab it using the Play Store Widget below. 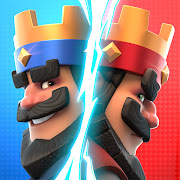 Any Clash Royale fans in the house? What do you think of the current state of the game? Thoughts on Electro Valley and the new cards? We’d love to hear from you in the comment thread!