It’s been just over a week since I brought you the first episode of CYA – Customize Your Android, and today I’m bringing you episode two and going to introduce you to Cappuccino Chocolate by our great friend coccco28 over on Google+.

Let me start off by giving you a bit of background about coccco28. He’s a former iOS icon pack developer whom I met roughly about a year ago as someone had re-shared a G+ post of his where he was showing off some upcoming icons for Android. I immediately fell in love with the amount of details his icons have and reached out to him about his work as I often do with a lot of developers. He has since brought several of his iOS icon packs over to Android and with each set they just keep getting better and better.

So what’s so special about Cappuccino Chocolate as an icon pack you ask? They are specifically designed to be a mix of two great colors, chocolate brown and a cream color. Sounds about the way I like my cappuccino, brown with a bit of cream and to make it taste just right, I need some sugar. And of course these icons will make your device look as sweet as ever with the amount of details that coccco28 has put into them just as he does with all of his icon packs.

Like many of his other icon packs, Cappuccino Chocolate was first made for iOS devices. You of course had to jailbreak your iOS device to get them, but certainly worth it. Now they have come to the Google Play Store for all of us Android fanatics to enjoy.

Cappuccino Chocolate will only set you back $1.49 which as I always state, is a damn good price for what you get. If you just look above you’re getting 1,640+ icons but they aren’t just every day icons. They are super detailed and will probably be the best looking set of icons you’ll ever own or purchase. Throw in the fact that you get a bunch of other great stuff such as wallpapers, KWGT widgets(make sure you’ve purchased KWGT to be able to use them) and much more.

coccco28 has promised that there will be regular updates to this icon pack and if his previous icon packs are any proof of this, then you’ll get new icons being added into Cappuccino Chocolate very regularly. I own all of his icon packs so far and even his very first set that he made nearly a year ago is still getting updates. This is one of the great things that most everyone looks for when it comes to purchasing new icons.

One thing we always ask here at Android Unfiltered is that you support the developer of any app that you use. These folks are busting their asses trying to make a living and they do so by making our devices look as kick ass as possible and they put a lot of blood, sweat and tears into things like Cappuccino Chocolate, so there’s no doubt they deserve the love, support and appreciation of you, the AU audience. 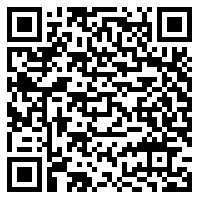 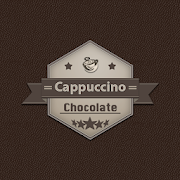