The Anova Precision Cooker ($149 for Bluetooth-only, $199 for Wi-Fi) is next up on our review desk. And as you may know, my quest for total smart home bliss has led me to some pretty interesting products over the last few months. From smart lights to security, and even the ultimate smart remote control, my apartment is well on its way. But none of the products I’ve gone over yet taste anywhere near as good as this one.

Before we begin, I’d like to thank the fine folks and brilliant minds at Anova Culinary. I appreciate the chance to check out this magical piece of tech, and my stomach thanks you, too. This is certainly one of the most rewarding reviews I’ve done, because food, obviously!

I’m a fat kid through and through, so this one is right up my alley.

The term sous vide (pronounced soo–veed) is a French term, meaning under vacuum.

Sous vide is a culinary technique in which vacuum-sealed food is immersed in a water bath and cooked at a very precise, consistent temperature.

This cooking technique typically involves cooking food for longer periods of time at a lower temperature. The precise temperature control allows you to cook food to perfection, while the forgiving nature of this cooking method also eliminates concerns about overcooking.

On top, there’s a LED display with a LED-backlit scroll wheel and timer that can be set for up to 99 hours. And there are plenty of long cook-time recipes to back up the need for a timer that long. You see, that’s what Sou Vides is all about.

What makes the Anova Precision Cooker smart is its connectivity options. There’s a Bluetooth-only model ($149) and a Wi-fi + Bluetooth model ($199). I’m using the Wi-Fi variant for my review, so that’s what I’ll be referring to from here on out.

Operating the device requires a mobile application. There are both Android and iOS versions on Google Play and iTunes, respectively. Here’s the link to the one we care about. 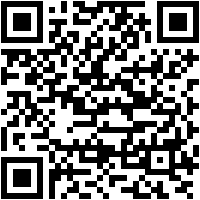 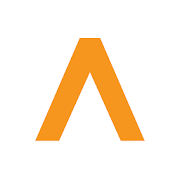 Setting up the Anova Precision Cooker is relatively easy and pain-free. The initial process requires your device location to connect via Bluetooth, and then you’re given the option to connect via Wi-Fi. The latter is necessary if you want to use Google Assistant and Alexa to control the cooker.

The app recommends that you keep the Anova Precision Cooker within 5 feet of your router during the initial setup, but I didn’t do that. I connected mine from the kitchen, probably 30 feet away, and it worked just fine.

It takes a few minutes during this first setup, but the app says that’s to be expected. The LED Wi-Fi indicator is white when the device is without an Internet connection, flashes while it’s connecting, and turns a solid blue color when it connects to a network.

Controlling the Anova from within the app is straightforward and simple. You can set the device’s temperature, set a timer, and start or stop the cooking process. And that’s about it, although that’s all you really need to do.

That’s one of the joys of this Sous Vide thing.

It’s similar to crockpot cooking, in the sense that you set your temperature, press the ‘Start Cooking’ button, and forget it until it’s time to grub. And some fine grubbing we’ve done here at the AUHQ since receiving this beast!

The really nice thing about this style of cooking is that you don’t have to worry about overcooking your food. Once it reaches its desired temperature, it stays at that precise temp, as long as it’s in the water bath with the Anova.

This rocks, especially so in those occasions where you don’t want to hover over your food while it cooks. Say you have houseguests over for dinner; you want to entertain, not slave away in the kitchen. And now, you don’t have to.

Be warned: Nothing about Sous Vide is quick.

I’ll let that sink in.

Food takes much longer to cook using the Sous Vide method, so you’ll want to make sure to plan ahead. Some recipes require cook times upwards of an entire day. Beef brisket, for instance, takes 24 hours, while Ribs take 36!

Another good example is hard-boiled eggs, which generally take about 8-10 minutes, plus the time it takes to bring your pot of water to a boil. With the Anova, on the other hand, they take 45 minutes.

But, these hard-boiled eggs were the best looking and tasting hard-boiled eggs I’ve ever had. Perfectly white where they should be, with vibrant orange yolks. Words simply can’t do them justice; they were that good.

Not everything takes forever to cook, however. We did New York Strip steaks the other night that took about an hour with Anova, then additional 1-2 minutes in a hot skillet for marking purposes. And, let me tell you, those steaks were amazing!

Not everyone is Gordon Ramsay. Not everyone is Rachel Ray. And with Anova, you don’t have to be. You can be yourself – no major culinary degrees needed – and still produce amazing meals with this precision cooker.

The Anova app has thousands of recipes from award-winning chefs and authors to get you started. And from there, the sky’s the limit. Get creative with it and see what you come up with. The possibilities are literally endless. And you can also save your favorite recipes to come back to at a later date.

One really awesome thing I should point out is the Guide within the app. It has a bunch of presets for different types of meat, eggs, and corn. Selecting any of the options from within the guide automatically sets the Anova’s temperature and time required to cook your selection. So, for example, you can select chicken breast and the app gives you three options to cook the chicken to your desired texture:

I think you get the picture here.

I’ve used the Anova Precision Cooker several times in the past month. I’ve already mentioned the New York Strip steaks and hard-boiled eggs, but I’ve also used it to make chicken breasts, hamburgers, hot dogs, and pork chops. And each time, I’ve been amazed by the results.

Besides being done to the desired temperature, food tastes better because it cooks in its own juices, locking in all of the tasty goodness.

The idea of Sous Vide cooking is nothing new, but Anova perfects the art with this innovative technology. If you’re a kitchen aficionado, or you’re just an everyday hungry person like me, I think you’ll enjoy this product, if the $149 or $199 price tag is within your means.

You can pick up the Anova Precision Cooker directly from the manufacturer’s website, or on Amazon for the prices mentioned above.