Since my Chromebook received Google Play on the dev channel, I’ve been going balls to the walls and trying out a bunch of games to see what works, and what does not. Since my Acer Chromebook 15 does not have a touchscreen, a lot of games don’t work with a touch pad or keyboard controls. The ones that do, have been a lot of fun!

Eternium was one of the first games I gave a try on my Chromebook, and wow, what a great first impression.

Not only does the game look, sound, and perform well, it super fun to play. I’d say the game reminds me very much of the Diablo series, yet with simplified controls.

As for controls, I won’t say this is the easiest to control. While moving your character around the screen is as simple a tapping the touchpad repeatedly, you do need to be fancy and draw “v”s or “z”s to cast your spells, meaning you have to hold Button 1 on the touch pad while drawing a letter quickly over the enemy you want to attack. It took getting use to, but I got the hang of it. I assume hooking up a mouse to your Chromebook would help. 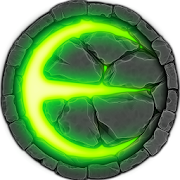 Marvel Puzzle Quest is a pretty chill game, but also really fun and somewhat addicting. As a comic nerd and Marvel fan, I latched on to this game, and it’s currently the only game I’ve bothered to have my own phone.

It’s one of many games out there where they took the idea of Bejeweled and transformed it into an RPG where each colour of jewel causes a different type of attack.

The game runs like a top on my Chromebook, and controlling the game with the touch pad is no troubles for me at all. I’ve played the game for long runs and never experienced any crashes. 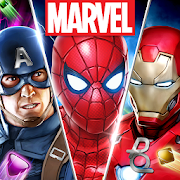 I’ve been a huge fan of Titanfall 2 on PS4, and still play it once in a while to this day. I was only a matter of time before I finally gave this game a go on my Chromebook. Boy, am I ever glad I did. This game is fun!

The game size is quite large, and when you first start it up, expect to wait another couple of minutes (varies on connection speeds) to download updates. Once the game is loaded, it runs fast and clean.

Control of the game is very, very easy too. It’s just a matter of drag-and-drop, placing your pilots, titans, sentry turrets, and more in strategic locations to get yourself ahead of the opposing team.

The sounds and graphics of this game are great too. This one is my current favourite. 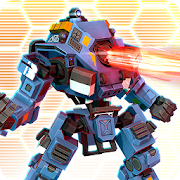 We all know there are many more out there to try. Which game(s) are you playing on your Chromebook? Let me know on social media or within the comment section below!

Android apps on a Chromebook are fantastic! Here are some to try.